I have lost the rx aerial for my Aurora 90 (frsky). It was just a bit of black wire sticking out, but was attached using some kind of clip.

So can I just solder on a new bit of wire of about the same thickness and length (guessed by me); or is there something I should be aware of before doing this. Is the clip there for a reason to ensure it does come off if stuck in the rotors etc. Does the wire have to be an exact size/thicknesss/multicore/etc.

Just thought I’d ask before chucking something on there and regretting it!

Thanks for any help,
Dave.

OK, so looks like a stupid question. There looks to be two solder pads, so I’m assuming it is a mini coax type cable. Looks like I should try and find a replacement.

Alex, do you stock something suitable?

Could you send a photo of where it connects so one of us could offer some suggestions. But you can’t simply add any piece of wire to the Rx as it needs to be a certain length and type for 2.4Ghz

Thanks for the reply. Unfortunately, try as I may, my phone camera (or the photographer) is just not up to the job. I’ve even tried with my magnifier light and the photo’s are too blurry. It is shown with wire in this photo: 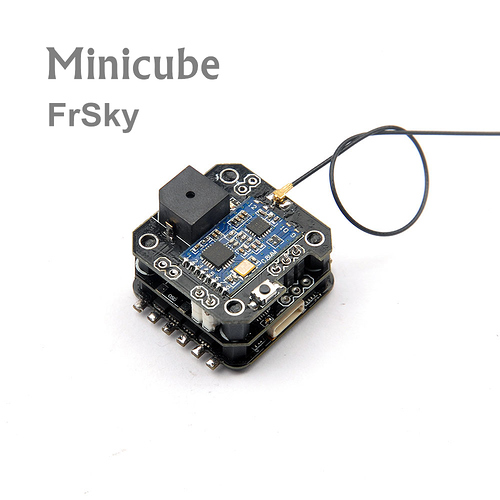 I may just grab a 15cm frsky antenna off eBay (for a few quid) and solder directly to the pads. I watched a youtube clip of someone cutting an antenna down to size. There is apparently a calculation you can do to work out the length of the exposed wires.

Yeah that will work, we do not have spare connectors like that myself, but the Frsky one should also be for 2.4Ghz so you should be able to connect it directly. I think the connector is called micro UFL.

Worst case if you are having issues finding a suitable antenna we can get some ones from the factory with our next order, just let me know.

Thanks for the info, Alex. I shall have a look around tonight. If I can’t find anything suitable, I’ll contact you about a Factory order. Thanks again.

Btw, I’m not too bad flying around, line of sight (from heli days I guess); but the FPV is tricky!
When I get the antenna working again I shall do as you suggest and find a BIG area to try the FPV again!

Haha yeah FPV is definitely strange when you get started, but just takes abit of time and then you get addicted

OK so we’re finally back flying. So I thought I’d update in case anyone searched for this and it may be useful.

So I ordered the 15cm frSky from amazon. The connector was massive, so I sourced a replacement from some place in Hong Kong. A couple of weeks later and here is a picture of socket, replacement antenna and too big antenna! 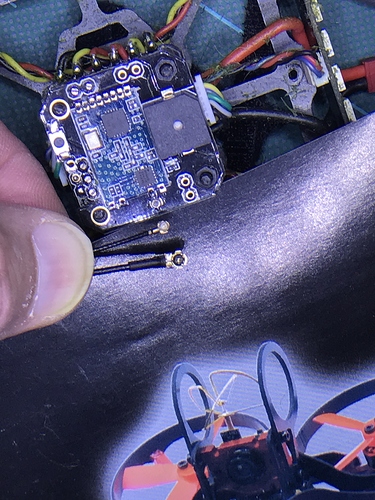 Still no joy with it working. So after a few hours of fiddling, upgrading betaflight, flashing etc, I noticed that if I pushed down on the connector (hard), I could get “telemetry gained”, “telemetry lost” from the Q7. So after all that I think there was something wrong with the receiver board.

So I ordered another from UnmannedTech (thanks Alex). 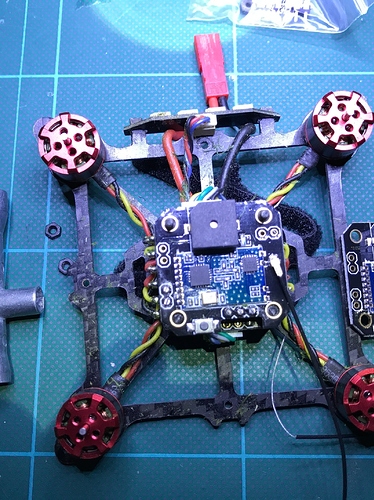 So it was a bit of a nightmare trying to unsolder the 5 pads and the headers, in order to separate the F3 minicube. 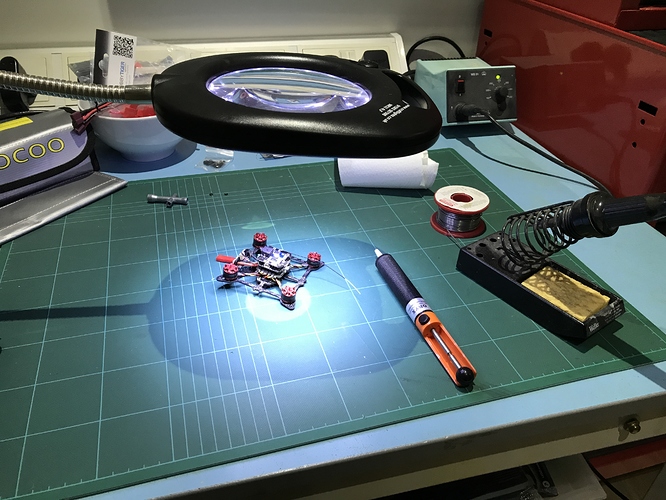 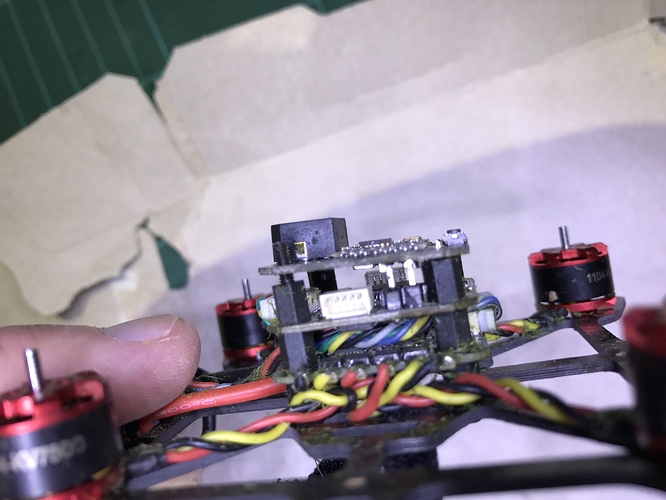 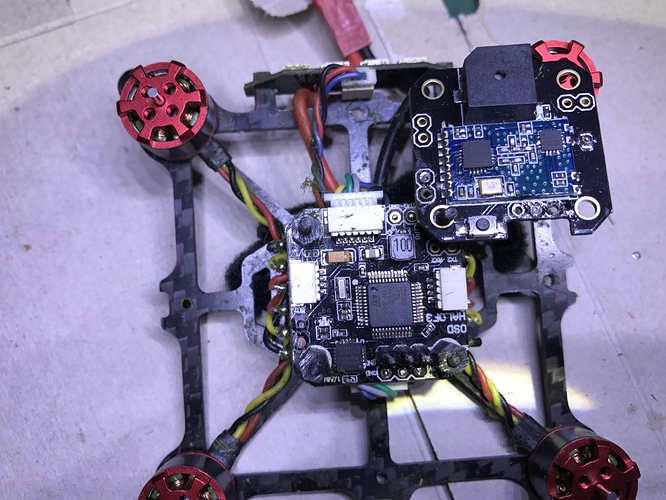 I soldered back on easily (after all of that). And I can report … we’re flying around the living room annoying the wife again