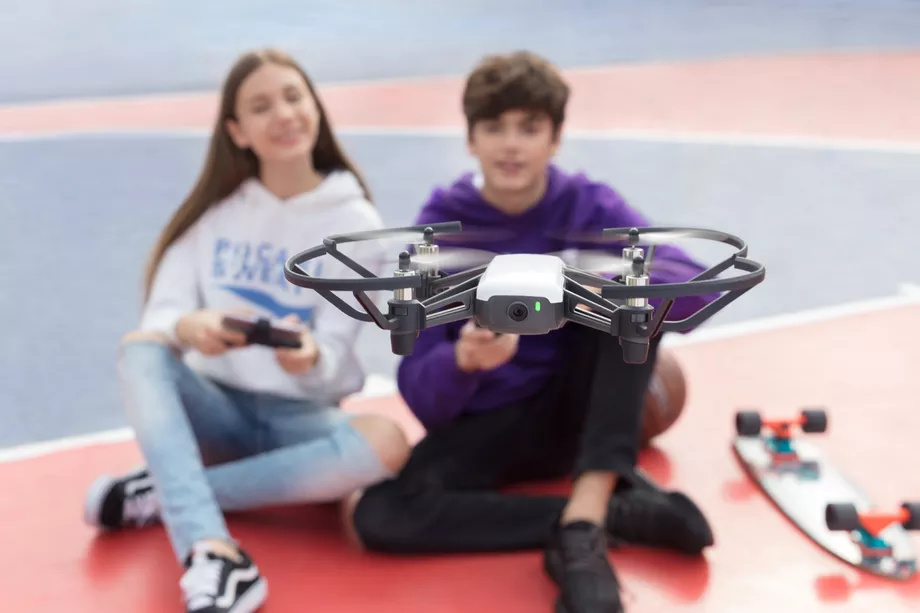 Yesterday at CES 2018 a Chinese startup Ryze Tech unveiled the $99 Tello drone. The toy drone was made with technology from DJI and Intel. Equipped with a 360-degree and 1080p video camera, it can stream live footage back to devices including some VR headsets, and had automatic takeoff and landing. Its vision processing unit - an Intel Movidius Myriad 2 - helps the drone hover more consistently. The company is marketing the budget drone to a younger audience. It will officially launch in March

You can read the full article here:

A new $99 toy drone has Intel and DJI flight technology

The $99 Tello is a tiny machine with a camera that can capture 360-degree video and stream live footage to a tablet, or to an unspecified selection of third-party VR headsets.

The best part of this article is where it says:

Bit in all seriousness this drone does have a Intel Movidius Myriad 2 VPU onboard which can do some serious vision processing, so depending on the SDK I can see some developers doing interesting things with this. They did mention that kids can use scratch to program flight paths, but I can see it being used for alot more interesting research.

Also considering you can get the AIY vision kit for around $44.99, assuming there is an SDK and it is not too restrictive this could be very nice for developing on.