This is a quick guide that shows you how to build your HMF Y600 Tricopter frame. This is a great tricopter frame as it includes some tall landing gear, so adding a gimbal is very easy. It can also fold down which makes storage and transportation much more convenient. 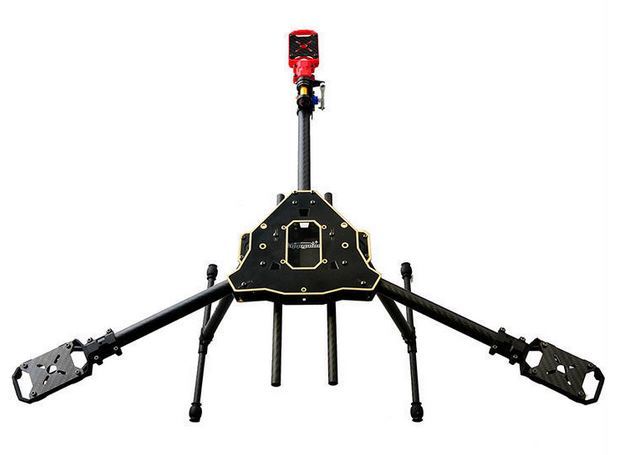 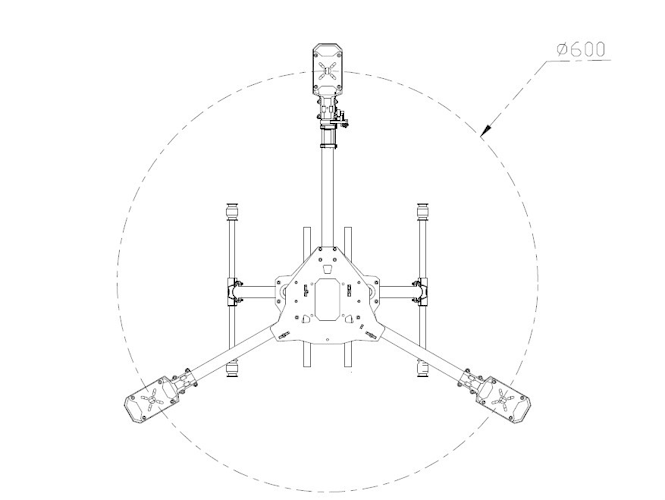 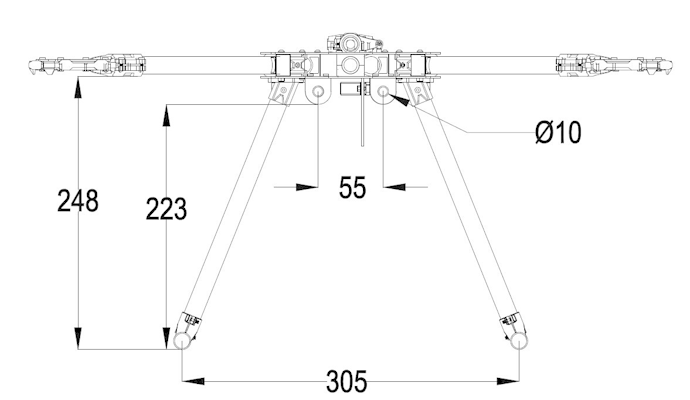 The first step is to attach the motor mounts and tube clamps to the arms of your HMF Y600 frame. 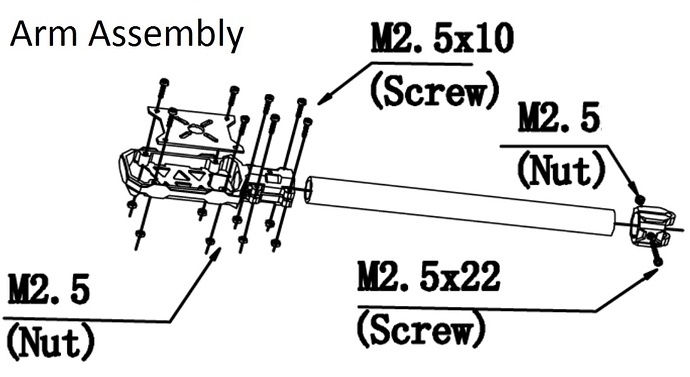 The tail (rear) arm of the tricopter frame is slightly different as it includes a rotating mechanism. 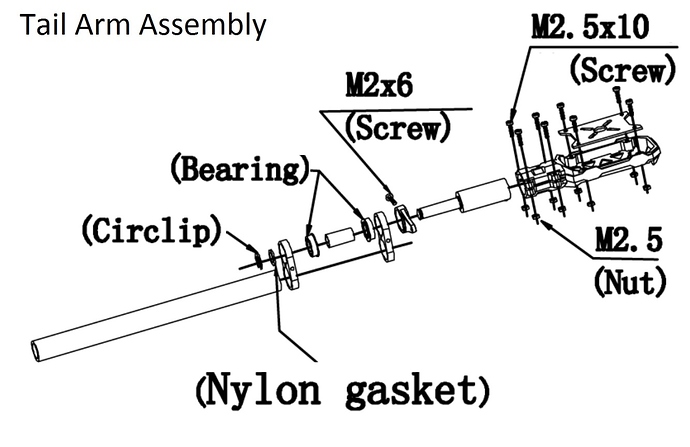 As this is a tricopter, you need to use a servo on the rear motor to adjust its angle in order to rotate (Yaw) your tricopter frame. To do this you will use the included servo. 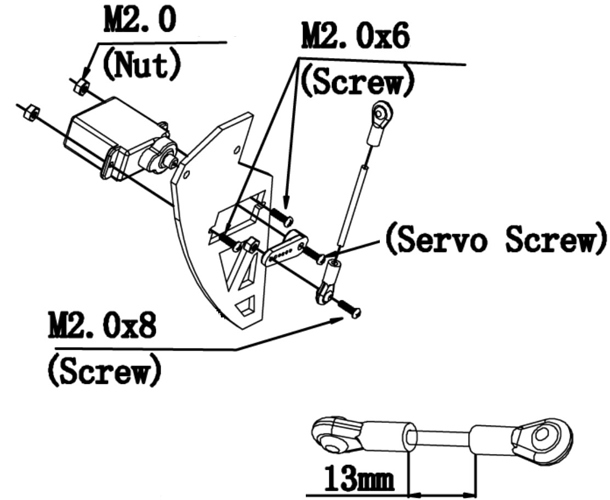 Now that the linkage is built, you will need to attach it to the tail arm as shown below. 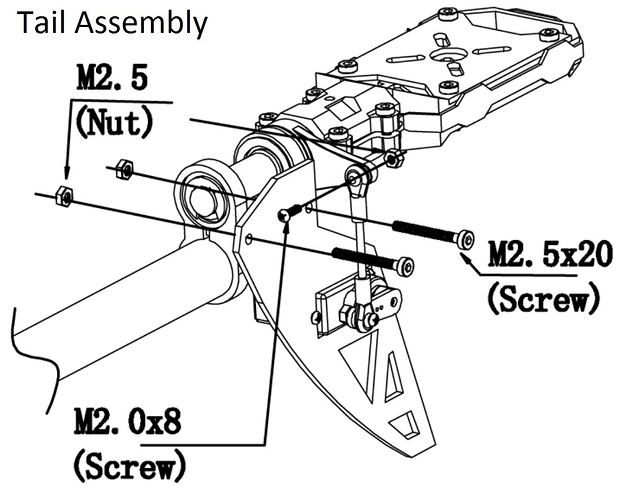 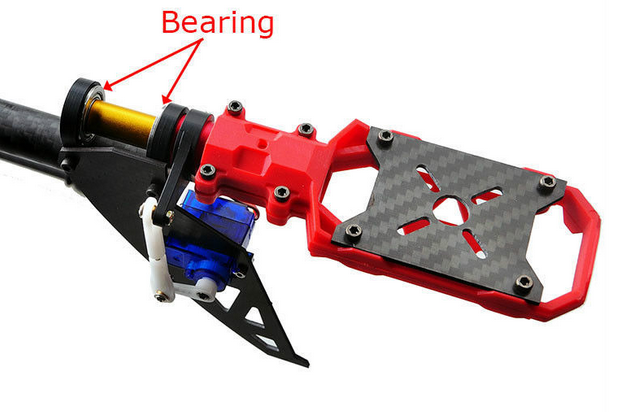 Adding the arms to the central plates is relatively easy as shown in the image below, there are just lots of screws to tighten. The top plate is the one with the large gap in the centre, the bottom is the plate with soldering points for your ESC’s 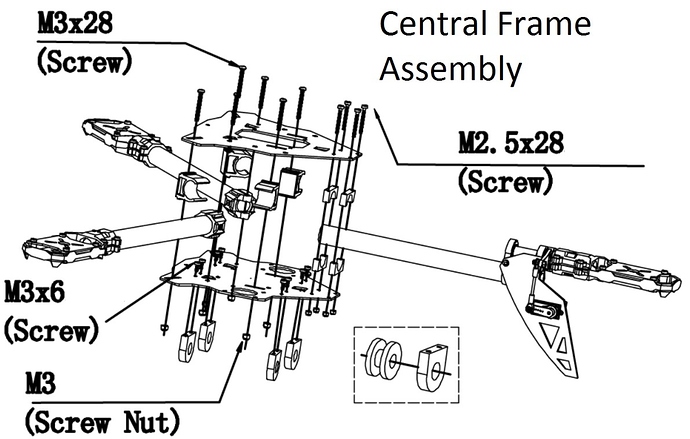 Its also worth considering what equipment you plan to mount in-between the two plates (such as ESC’s) before you attach the top plate. Its also a good idea to solder your ESC and battery power cables to the lower PDB first.

The booms also allow you to slide the battery tray forward to backwards to ensure your center of gravity of your Y600 tricopter is in the middle.

The final step is to build and attach your landing gear to your Y600 tricopter frame. 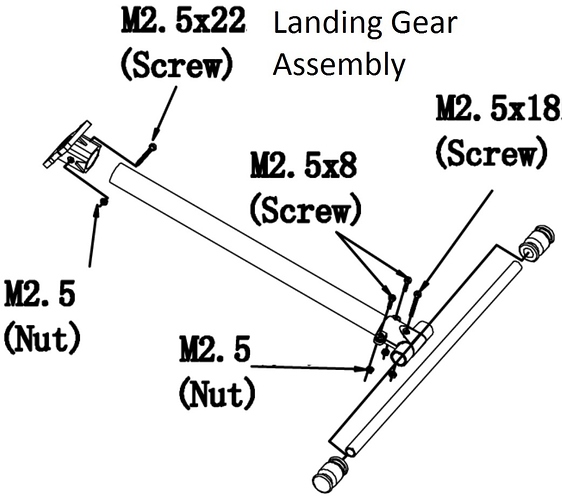 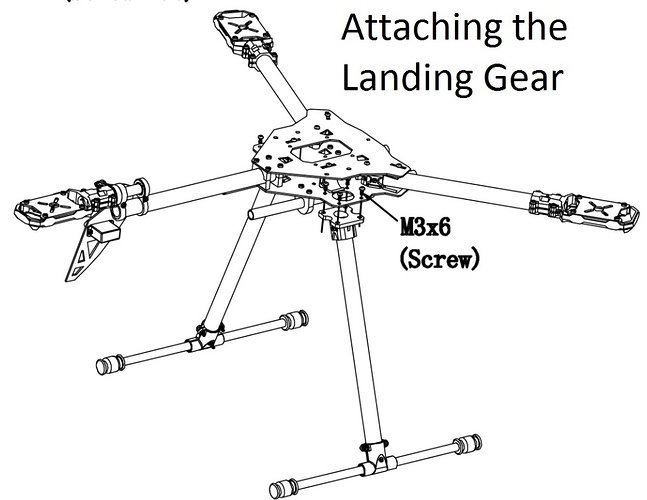 If you have any questions or comments about building your Y600 frame please add them below!

Can you buy retractable legs for this Tricopter.

Yes its possible, you could use something like these retractable landing gear as they slide onto the loading booms of the Y600 tricopter.

Hi,Thank you for the info.Could you recommend a set up motors-ESC-Props.Ive read the lower KV the better the torque is.But I’ve also some people us higher KV.

Anyone know of an online supplier of spares for these.

I managed to break one of the tilt mechanism bearing/boom holders.

I ended up buying another kit as I was unable to find any spares available, so lots of spares unless I break the same bit again