We bought a QAV 259 Mini Quad-copter kitfrom unmanned tech which comes with the cc3d flight controller. They advised us to buy the FS-A8S (along with the FS-I6X transmitter). However this receiver is much smaller and completely different from the one shown in the instruction video, which has larger and more ports to plug into. The video told us to plug a wire into the flight controller and use this to connect to the receiver with 6 different wires, however we can’t find anywhere for these wires don’t fit into the FS-A8S. The FS-A8S comes with what looks like an output wire with four wires that come out of it. This wire can’t connect them because it doesn’t fit into the right place. Please could someone help explain what to do? 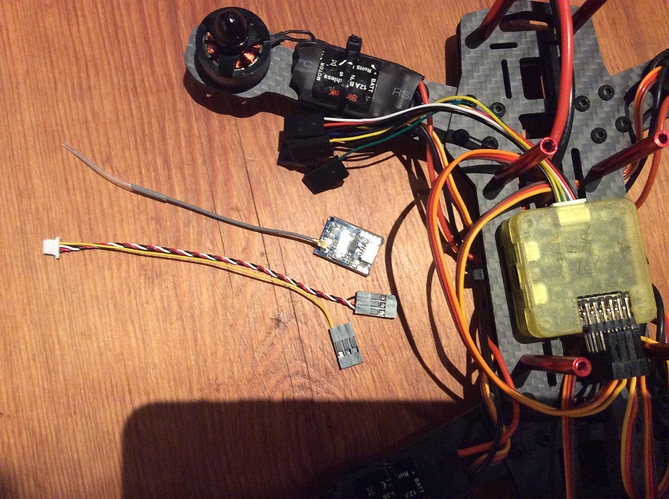 Hey Ceng,
So your Receiver (FS-A8S) doesnt Support PWM.
It only supports: PPM (I would use that with Flysky) , IBUS and SBUS.

To change to PPM (Hardware):
Hook up your Receiver to your FC:
You will have 8 Cables coming out of your Flight Controller.

Cable Number one is, where your Status and Power LED’s are.
Connect your Cables like this: 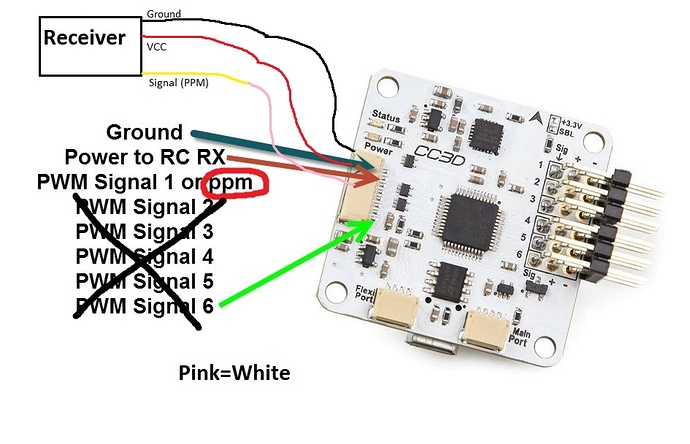 Software:
I have no clue

Im pretty sure my answer didnt answered all of your Questions so maybe check out this to learn a bit more about your FC:

The CC3D is a powerful and affordable flight controller that is very popular to use mainly on miniquad copters due to its small form factor. It has many advanced features that you can use if you add a GPS module, even waypoint based flight,. However, most users don’t bother with this for mini quadcopters and just want the basic setup. This post will provide some links and comments to some of the better CC3D setup guides that we have found on the internet. If you have made one, or know of a gr…


(next Videos should be in Autoplay)


same but tells a bit more about the wiring:


I hope i could help you a little bit

Thanks so much! Really appreciate all the help and will try it out tomorrow.