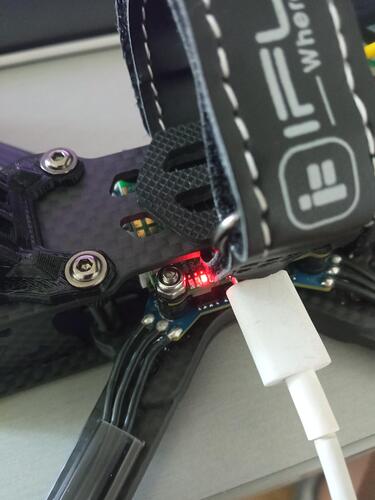 Burned21560×2080 203 KB
So I recently bought iflight nazgul5 v2, flysky i6-x radio transmitter, the connection on the drone didn’t have the wire to connect with flysky reciever, so I found that you just can connect them with special wires to special wires, the reciever light up perfectly, but I still didn’t have a battery, i just connected the drone to computer, to bind my drone, i needed a binding pin, which i lost somewhere, so i figured out i could use it like binding pin, first times it worked perfectly, the drone connected, on the radio you could see it shows the reciever battery etc, but it couldn’t arm/disarm, because the betaflight couldn’t find the radio that means something is bad, until yesterday i was dumb, so dumb and i tried it again, this time it did nothing just the drone wire which i was connecting with my pc, my pc restarted, i though its ok, i tried again, but then this time i believed wire touched another part which it shouldn’t (in the reciever), then the esc? i believe, maybe flight controller started burning (smoke started to go from one part), i immediately took it off, opened window and just placed it so it would cold off, today i tried connecting the drone, and the part which burned, still light up, the light was red, i don’t know what this means, can anyone explain?
unmannedtech1 19 August 2022 08:46 #2

Sounds like you may want to start at the beginning and reflash firmware as a solid red light means the FC is not booting up, so perhaps just reflahsing firmware will help.