I was watching some videos from Andrew Tridgell (one of the main developers of Arduplane) about some realy cool stuff for APM. I was particularly interested in the developments of porting the APM code to Linux which should make some new things much easier like image processing given much more powerful platforms.

And to make life much easier there will soon be a release of the Pixhawk Fire Cape which is a shield/cape for the beaglebone black, a 1Ghz ARM computer available for around £33. Pricing for the fire cape is still no known. Which will turn your beaglebone into a much more powerful pixhawk. The pixhawk fire cape will also have 3 of each sensor (3x accelerometer, 3x gyro, 3x magnetometer) for greater sensor redundancy. This is still a early announcement so things might change, and I have no idea about when it will be released. 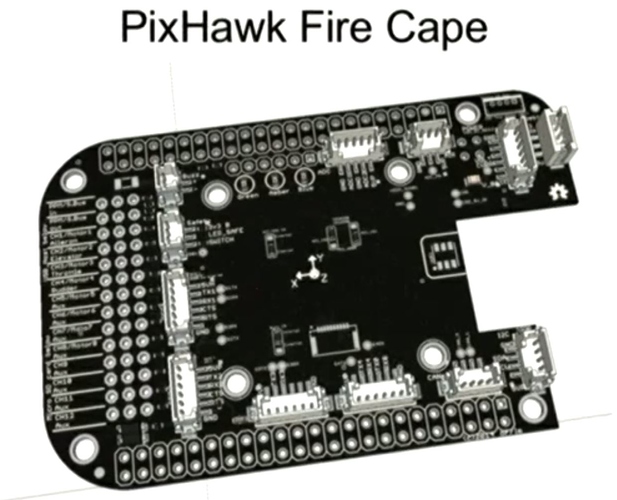 Here is the full video from linux.conf.au 2014 which also has some general interesting points about the history of the APM project and also some development challenges in porting from 8bit atmel to 32bit CPU on the pixhawk to porting to embedded linux.

Other interesting work is with differential GPS, which should allow for better position data on the cheap when compared to other solutions like RTK GPS.

Too bad you don’t know when this will be released. I don’t even see a mention of it on https://pixhawk.ethz.ch/, but I’ll be keeping an eye out for it.

Tridge told it’s open source and showed some schematics. If it’s really open source,just OPEN docs and there will be lots of people to make it in hardware.

New improved version of the PixHawk Fire cape available for purchase. Furthermore, we’ve launched a crowdfunding campaign so that those interested can get access to this technology for a lower cost. Support it here.

Hi.
is possible to use with Raspberry? and that image should be used?

If you want to use an autopilot with your RPI then I suggest you have a look at the Navio2 or as its essentialy an updated version of the fire cape. Another option is also the erle brain. We have a comparison article between the raspberry pi autopilots here