Just a quick update as we have had a bunch of customers ask us, so figured I would write a quick post about what we know about this.

Currently the Jumper T16 is probably the best radio you can get given its functionality and relatively low price. But you have also probably seen the HobbyMate T16 popping up around the internet and other than a slightly different colour it looks like the same radio, but abit cheaper… so whats the deal with this?

TL:DR
They are essentially the same radio made by two different companies there were once the same company. The Radiomaster is ultimately “clone” of the Jumper T16, but Jumper did share the T16 schematic and 3D files in the early days to encourage more people to use/trust the radio, as Jumper were accused of cloning Frsky products).

I have spoken with Jumper and they say that they did share the T16 schematic and 3D files in the early days so it is no surprise that they now have some clone competitors. Jumper have since received a patent so may have some legal grounds to defend themselves against Radiomaster. But intellectual property law in China still has a way to go as its still easier to essentially clone a product, pay the fairly small fine, which is usuaully covered by the sales of the said cloned product. To learn more reach this fairly interesting article on how it works.

I also know that Jumper was initially a sub brand of Hobbyporter (who now sell Radiomaster), and recently they have formally split the companies. So I suspect that some internal politics have gone on to cause a split and hence why we now have both Jumper T16 and RadioMaster T16 radios.

But either way, competition is usually good and Jumper are already responding by making some minor tweaks to the next batch of T16 radios. This includes a fold able handle to help protect your sticks when its in a bag, and a side bonus is that it reduces shipping costs (cheaper prices for consumers). They also have added USB type C port and other features to make it better than the RadioMaster in my opinion. 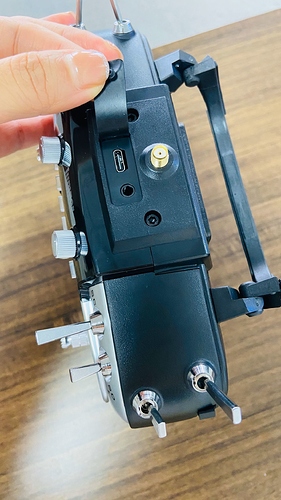 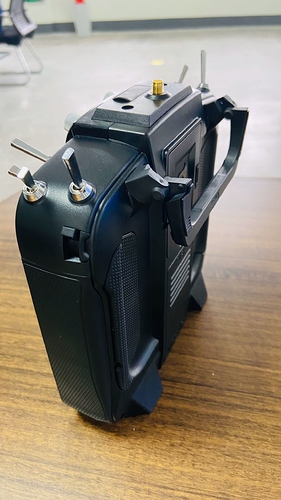 Sweet! Getting that new handle and the little board on top that has usb/3.5mm connectors (and I guess a new rubber cover) as soon as they show up

The deal killers with RadioMaster for me would be the non-removable antenna and ports being located on the bottom, I absolutely agree this just confirms Jumper T16 as the best radio.