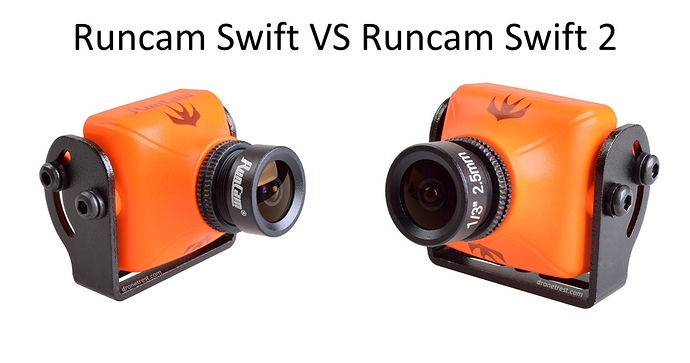 Runcam have released the new Runcam Swift 2 - so what’s the difference?

So this is the main difference. The Runcam Swift 2 now has an integrated OSD with an on screen battery voltage display. This make it super easy to avoid crashes due to low battery voltage because you were too carried away with flying…

The Swift 2 also has a timer on the screen. This give you an extra sense of how long you have been flying so you know when it is best to land. It’s also a good way to test whether your battery is performing as it should (i.e. is it lasting as long as it should). You can also move these display on the screen so that they do not overly distract you during flight.

With the Runcam Swift, there was one choice of lens; 2.8mm. You could change the lens manually if you wanted, but you could not purchase the Swift with different lens. That has changed with the Swift 2. There are three lens choices: 2.1mm, 2.3mm and 2.5mm (165, 150 and 130 degrees respectively) and so you can choose which lens you want when buying the Swift 2.

So let’s have a quick look at the spec of each of these cameras.
The Runcam Swift 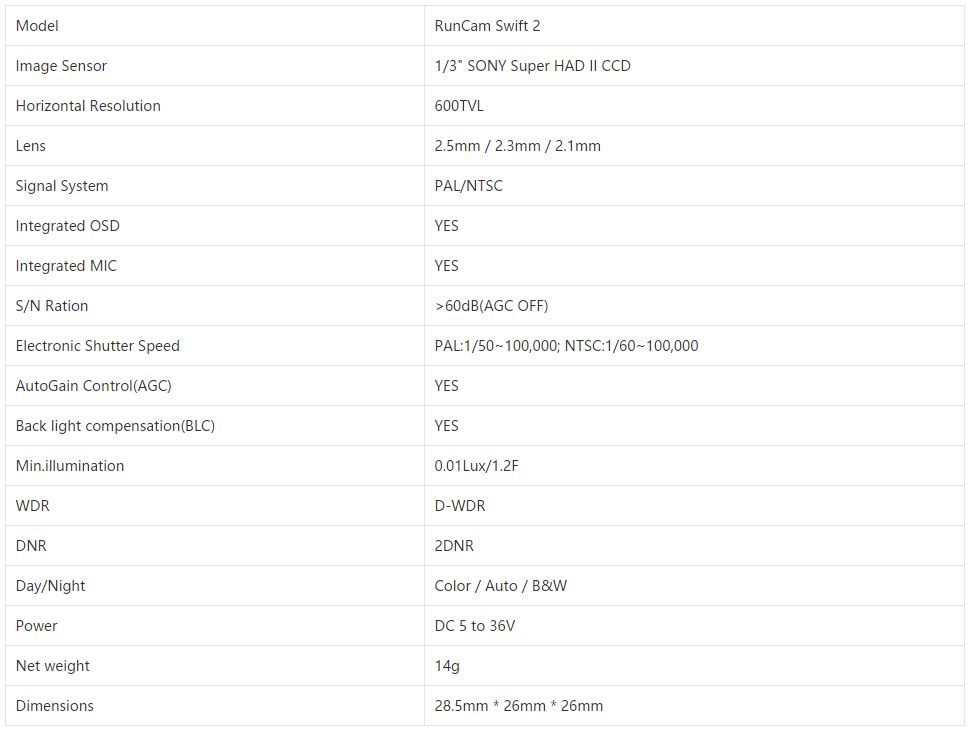 So you can see that other than the vbat addition, nothing fundamental has changed. The Swift 2 has all the same technical specs as the Swift (i.e. 600TVL, same sensor etc.) but the Swift 2 is slightly heavier. There is an added 2g but this isn’t going to make a huge difference to the majority of people.

You will also notice the change in input voltage. The range has been expanded from 5-17V to 5-36V meaning the Swift 2 can be run off 6S (and above) batteries.