In his latest “Rocket Katana” video, Windestal decides to cut through a DJI Phantom (which appears to be a Phantom 3)

The sword slices through the drone like a stick of butter. 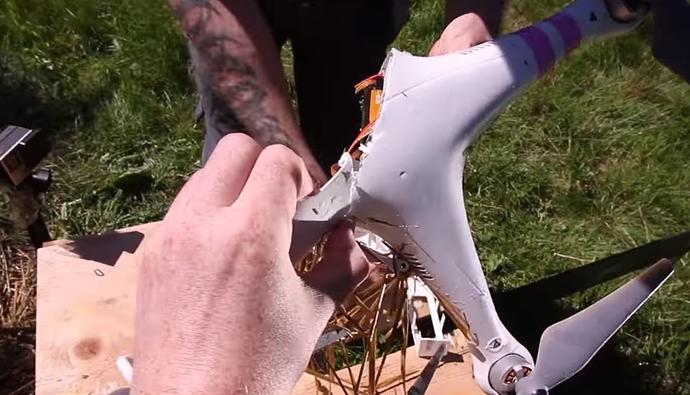 Before you get worked up about a perfectly good drone being put to waste, Windestal said in the comments,

“The camera, gimbal and video downlink didn’t work. The GPS would get a position lock every 5 boot ups and had horrendous drift when it did lock. The battery life were about 5 minutes compared to the stock 20ish. The remote had been dropped in the past and the antenna was loose and one gimbal was almost unusable. This Phantom would have been thrown away, instead the owner gave it to us so that we could use it for this project.”

Watch the video here as a part of our Video of the Week! Slomo part starts at 2:55