Omnibus F4 Pro V2 and V3 - how to spot the difference

We now only sell the latest V3 of the omnibus flight controllers, however since there have been quite a few new revisions since the F4 release, here is a photo showing the visual differences. 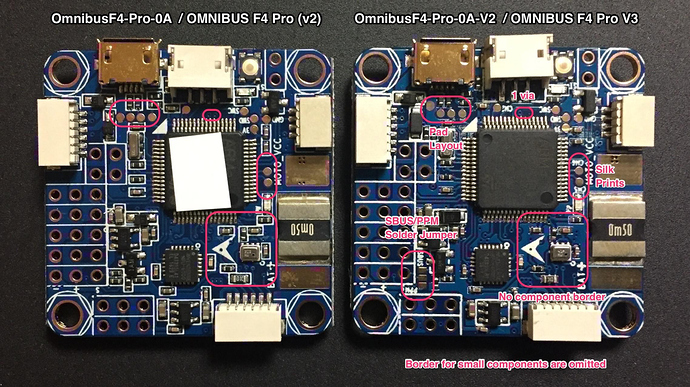 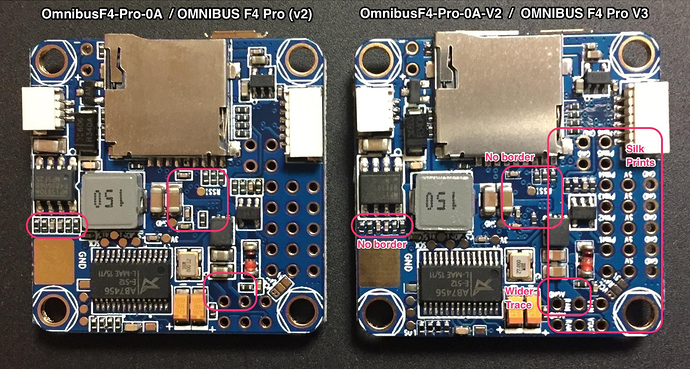 Otherwise the key features of the V3, is that many of the issues have been resolved, like powering the FC directly from a battery, and the club24A issue has been fixed. The other key issue is that the V3 pro version now requires you to select between SBUS/PPM via a solder jumper as on the regular omnibus F4 V3.

A special thanks to teralift for the photos.