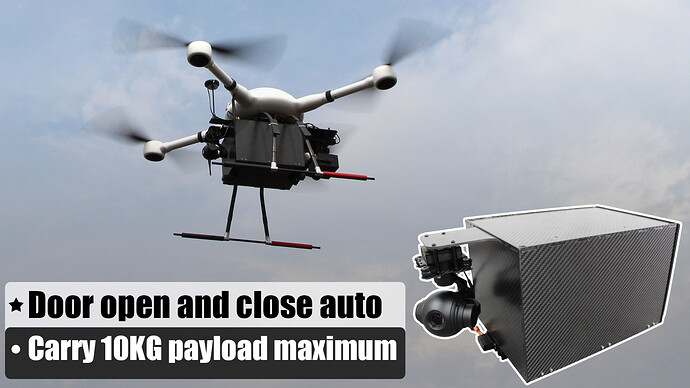 Considering the landing gear limited, Kua box for quadcopters has updated to auto close version. It means the box can open in the air to drop the payload and then close the door before landing.
Demonstration video: 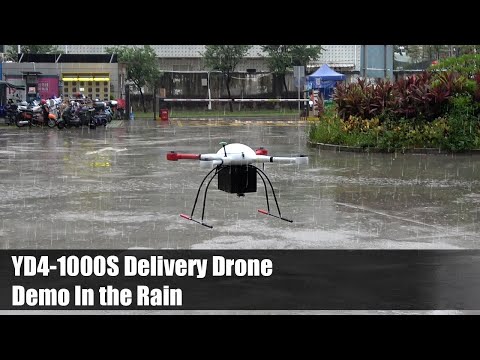 Meanwhile, the box for VTOL fixed-wing has been updated also. The new box can close the door after the payload is released. 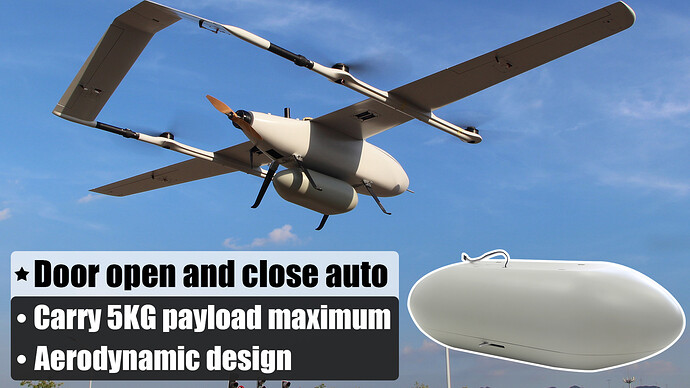 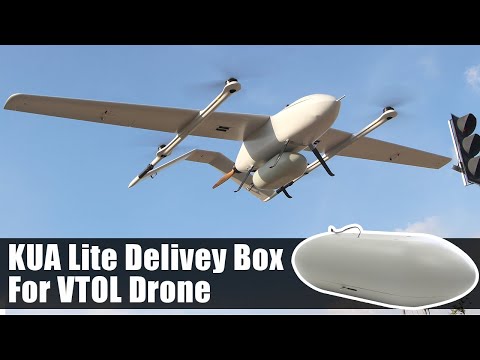